No, he did not resign his position serving his hometown. The gesture did, however, bring to an end his one-year term as president of the Coalition of Greater Minnesota Cities (CGMC) Board of Directors.

“It’s been really fun,” Zylka said. “I feel fortunate to have been elected to the Board. When we joined the Coalition of Greater Minnesota Cities, it was never in my dreams to become president.”

The CGMC is a nonprofit, nonpartisan advocacy organization representing 110 cities outside of the Twin Cities metropolitan area. Its mission statement reads: “CGMC cities are dedicated to a strong Greater Minnesota. Our mission is to develop viable, progressive communities for businesses and families through strong economic growth and good local government. We support fair property taxes, good land use planning, sensible environmental regulation, a balanced transportation system and effective economic development tools to meet that goal.”

Zylka has been mayor of Little Falls since 2015. He said it was shortly after City Administrator Jon Radermacher started working for the city of Little Falls when Tim Flaherty of Flaherty and Hood came to talk with them about the prospects of Little Falls joining the CGMC. The city had previously been part of the Coalition, but at some point, it had dropped its membership.

The pair advocated for rejoining CGMC, and Little Falls was soon back in the fold. A short time later, Zylka was asked during a conference if he would be interested in joining the Board of Directors. He became the chair of a committee and, in 2018, was named second vice president.

“I thought, ‘Sure. That would be great to advocate for Little Falls and other communities in greater Minnesota,’” he said.

After one year in that position, he ascended to first vice president for a one-year term in 2019. That led to his turn as president, which began July 31, 2020.

Zylka admitted that he was “a little skittish” at first, knowing the amount of responsibility that came with his new role.

“But, I knew it would really help our community,” he said.

He is not one to shirk from high-pressure roles, however. Along with being mayor of Little Falls for more than six years, Zylka serves on a total of 16 boards and committees. He is chairman of “about 10” of them.

Still, there was nothing “normal” about Zylka’s term as president. COVID-19 meant all meetings, conferences and press events were held virtually, rather than at the CGMC’s normal headquarters at Flaherty and Hood’s offices in St. Paul.

“I’m the only president to have ever served a full term long-distance,” Zylka said.

Prior to the pandemic — and Zylka becoming president — he and Radermacher not only attended CGMC meetings in St. Paul, they also regularly met with state legislators and lobbyists to advocate for the needs of greater Minnesota. In fact, he said they were in the Twin Cities for a Coalition conference on what ended up being the final day in 2020 that the Legislature met in person before COVID-19 restrictions caused everything to go online.

Despite the occasional challenges of going virtual, he said the Coalition “didn’t skip a beat” during his term. That was evident in the fact that, in October 2020, the CGMC was instrumental in the Legislature’s passage of the 2020 bonding bill, which provided $1.9 billion in capital investments. That allowed cities throughout Minnesota to take care of much-needed improvements to wastewater and water infrastructure.

Aug 2 2021
The process to build 13 twin homes and three single unit town homes, all rental units, on a lot on 143rd Street in Pierz can begin. The Pierz City Council approved the developer’s agreement with Dale Kloss, under the business name River Valley Townhomes LLC. At its June 28 meeting, th...Continue Reading

Jul 23 2021
Ground was broken Tuesday, July 20, for the North Dry Freeze facility project, with construction set to begin this month. The 87,800 square foot manufacturing facility will produce shelf-stable, freeze-dried pet food, which will then be taken to Barrett Petfood’s extrusion facility across the road, to be mixed in wit...Continue Reading 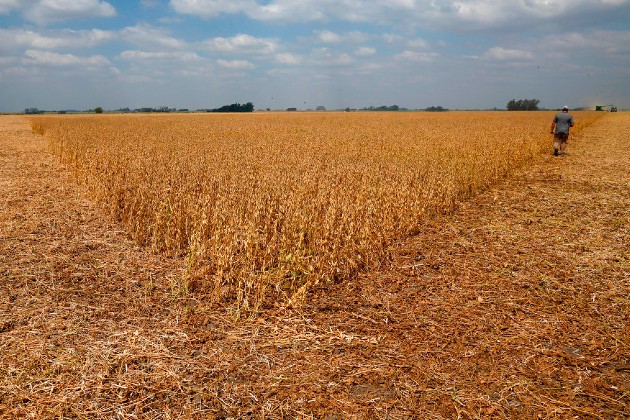 Jul 22 2021
Farmers in Central Minnesota who the ongoing drought has hurt can apply for interest-free loans. The Minnesota Department of Agriculture’s Rural Finance Authority (RFA) Board certified that an emergency exists in Minnesota due to drought, making zero-interest loans available immediately for Minnesota farmers whose operations are suffering from lack of rain. Th...Continue Reading