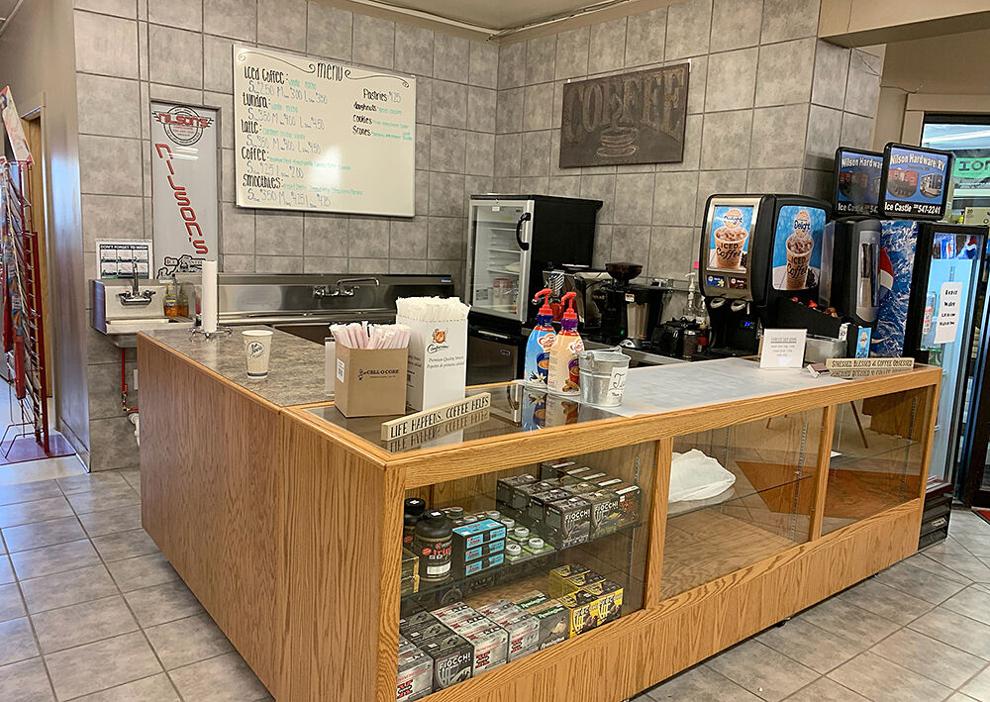 Rob Bryce always has new ideas brewing in his mind.

He hopes his latest idea fills a need in Swanville, where he owns Nilson’s Hardware, RV and Rent-It Center. The store recently added the Espresso Shop, a unique addition to a store that always strives to give customers new reasons to come back.

“My mind is always turning,” Bryce said. “I lay in bed at night and dream up ideas of what I can do next. Some ideas work and some don’t, but you’re never going to find an idea that works if you don’t try.”

The idea to bring a coffee shop to Nilson’s, and Swanville in general, came to him while traveling out of state. He said he noticed how just about every town in which he stopped had a coffee shop, but he didn’t see that being as common in central Minnesota.

With a background of 25 years in residential construction, he got to work in designing how he could incorporate an Espresso Shop into the store — which he purchased with his son, Quentin, in 2016. The result was a large, “L” shaped counter on the right-hand side after walking into the store.

Behind the counter are all the tools necessary to whip up coffee drinks including lattes, iced coffee, smoothies and more. There are also pastries such as doughnuts, cookies and scones available.

“I knew I liked them,” Bryce said of the coffee shops he visited during his travels. “You have some people that are black coffee drinkers, but for a lot of people, it’s kind of like a little treat. It’s getting to a point where a lot of people really enjoy these little coffee shops where they can get these specialty drinks.”

One of the most popular items on the menu since the Espresso Shop opened in early June has been a creation exclusive to Nilson’s. Bryce’s daughter, Lucia, came up with a new drink called the Tundra. It consists of iced coffee, a scoop of ice cream and a flavor shot all blended together.

Jul 7 2021
The Ag Learning Center at the Morrison County Fairgrounds is a prime location for families to find fun activities during the upcoming Morrison County Fair. In her second year (since there was no fair last year), Brenda Rudolph is the center’s director. Rudolph had joined the Fair Board not too lon...Continue Reading May 22 2021
Little Falls will soon be adding a 49-unit apartment complex. Eight people spoke in favor of the project during a public hearing Monday, on a proposed tax increment financing (TIF) district for the apartment building. A resolution to approve the development agreement — which included the TIF district — passed, 8-0...Continue Reading