Local producers and stakeholders from all sectors of the agriculture industry had an opportunity to share their insights on political issues impacting farmers and rural Minnesota. Topics ranged from Minnesota’s Wolf Management Plan to rural broadband access.

Stauber, who represents Minnesota’s 8th Congressional District, which includes all of Morrison County, said he plans to take the feedback he received in Little Falls to Washington D.C. to work on “good, solid legislation that moves our farming community forward.”

Perhaps the most lengthy conversation of the luncheon involved environmental issues. Stauber asked for feedback on how the Waters of the United States (WOTUS), or the Clean Waters Act, impacted local producers.

The legislation is overseen by the Environmental Protection Agency (EPA) and originally passed in 1972. Former President Donald Trump rolled back several regulations under the WOTUS, but President Joe Biden has expressed interest in reinstating everything covered by the act prior to 2016.

“I think that was another really — on President Trump’s part — a really good piece of legislation that he listened to our farming community,” Stauber said. “One-hundred percent of the farmers that I’ve talked to — you’re the best stewards of our land. You get it.”

Jim Chamberlain, who owns a small farm near Brainerd and is a past president of the Sustainable Farmers Association, said he believes, through his work with the Crow Wing Soil and Water Conservation District and watershed associations, that agriculture gets a bad rap. He said about 68% of the water bodies in agricultural landscapes in Minnesota don’t meet water quality standards, so there is work to be done.

What frustrates him is that he feels many people feel agriculture is a lost cause when it comes to polluting Minnesota’s waterways. But he said it doesn’t have to be an either/or proposition.

He added that the Minnesota Department of Natural Resources (DNR) is working on a plan to put 1 million acres into trees for the purpose of capturing carbon to mitigate climate change. Most of that would happen on land currently dedicated to agriculture.

“I just think that’s a bad attitude,” he said. “I asked the question, ‘What are we going to eat?’ ... We can have trees and cattle and things like that. There are different ways to do things.”

Jeff Czech, a farmer from the Bowlus area, said he feels a lot of it centers around education. He said there are ways to increase production without clearing woodlands to “put 10 more rows of corn or beans in.”

He added that farmers are also learning ways to decrease their use of herbicides, pesticides and insecticides.

“We’re slowly teaching into cover crops or better managing skills,” Czech said. “It’s just, we’re not enough (people) to share that, on that aspect. It’s going to take a lot of work, but we have to manage all of these areas.” 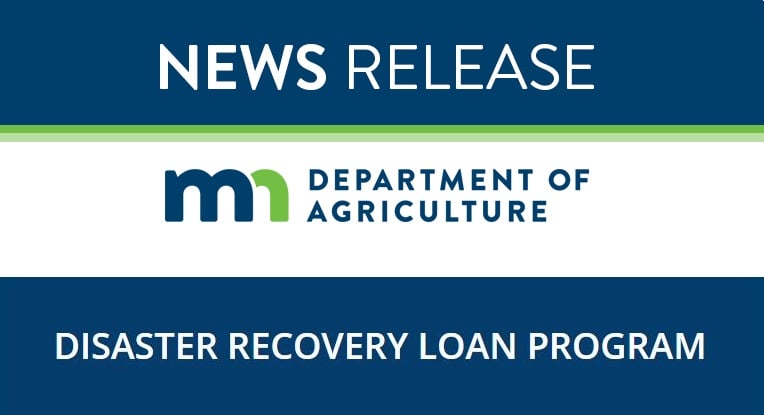 Jul 19 2021
Wanting to make learning more fun, Alicia Gapinski, second grade teacher at Lincoln Elementary School in Little Falls, introduced a new project to her students which involved designing doughnuts. It was a project idea she had seen posted on Facebook several months before.     In addition to designing a meaningful doughnut...Continue Reading

Jul 15 2021
Morrison County Deputy Austin Scherping has a new K-9 partner, Bane, a 1 1/2-year-old German Shepherd. The pair recently completed an intensive 13-week training course and have been on the job together since July 2. “I’m passionate — very passionate — about the K-9 thing. I love it. There’s so man...Continue Reading